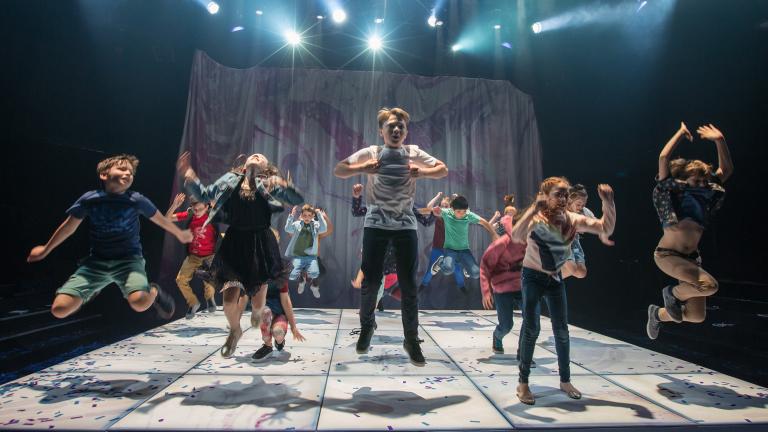 I’ve Been Meaning To Ask You

I’ve Been Meaning To Ask You

Why do you have to go to work? How come adults drink to have fun? Is 50 too old to learn to surf? What was life like before the Internet?

Step inside a theatre-turned-playground-turned-battleground transformed by Generation Up Next for a riotous theatrical experience full of questions asked by young people, and answered by adults.

Watch as age collides with experience in a joyous and revealing one-hour tell-all, where adults take a backseat as a powerful group of 9 to 13 year-olds from your town drop some truths… and the mic.

Combining anonymous submissions with high-impact video design, I’ve Been Meaning to Ask You is a theatrical experience unlike any other – a conversation built around three key starting points: what you’ve been told, what you know to be true, and what you want to believe.

Built in collaboration with and performed by young people from the Sunshine Coast, audiences both young and old will come together to tackle the big (and little) questions that life throws at us.

Where do I begin? I loved all of it.
Broadway World

ORIGINAL PRODUCTION
I’ve Been Meaning To Ask You was first presented as part of Brisbane Festival by the following team:

HORIZON FESTIVAL PRODUCTION
I’ve Been Meaning To Ask You will be presented at Horizon Festival by the following team:

Originally commissioned by Brisbane Festival and produced in association with QUT Creative Industries at La Boite Theatre in 2018. I’ve Been Meaning to Ask You is supported by Arts Queensland, Russell Mills Foundation, the Restart Investment to Sustain and Expand (RISE) Fund – an Australian Government initiative, and the Australia Council for the Arts, the arts funding and advisory body of the Australian Government.