Get ready to rock with Neridah & Siobhan

As you dust off your leg warmers and prepare for our Rock Eisteddfod Dace Classes, we'd like to introduce you to your dance coaches.

Neridah is a choreographer, performer and theatre maker. She has toured her work extensively in Australia and overseas including Belgium, The Netherlands, Canada, England and the USA with Lala Parlour’s Tarnished, The Common People Dance Project, Brides of Frank and The Escapists’ boy girl wall. She has worked as an actor and choreographer for La Boîte Theatre, Queensland Theatre, Imaginary Theatre, DeBase, Metro Arts, The Brisbane Powerhouse, PlayLab and NORPA. She’s choreographed large-scale community projects in Gladstone, Logan and the Isaac region for Queensland Music Festival, performed with The Squad for The Commonwealth Games, built ‘Dance Like No-one’s watching’ for QPAC’s Out Of The Box Festival and a big dance party for 0-5’s at the Powerhouse with Imaginary Theatre. Neridah studied acting at UWS Nepean and has trained in Japan with Tadashi Suzuki and Frank Theatre. 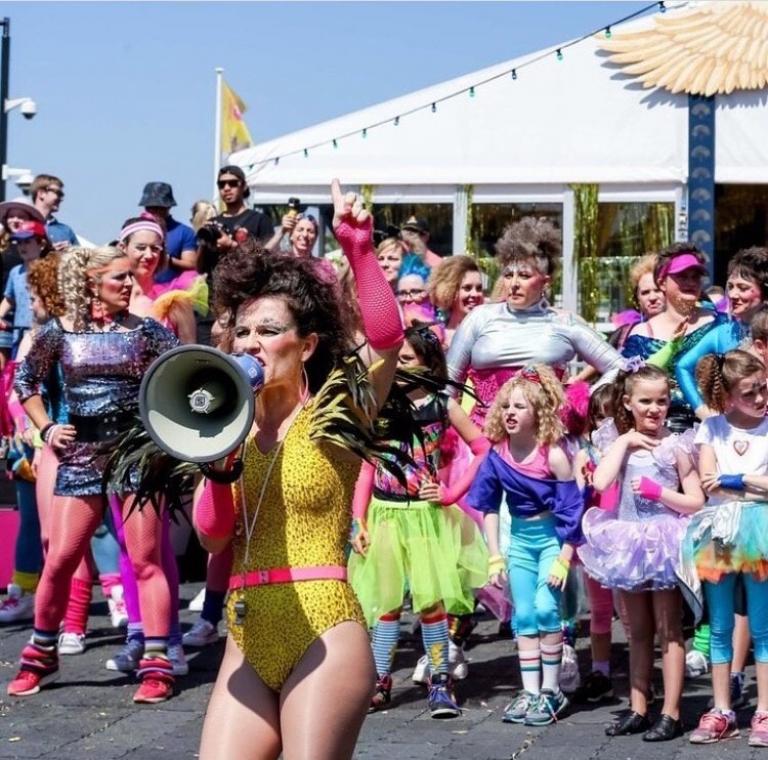 Siobhan Gibbs is an emerging theatre-maker and community worker in Meanjin/Brisbane. Siobhan graduated from Queensland University of Technology with a Bachelor of Human Services and Bachelor of Creative Industries (Distinction) in December 2017. Siobhan is a founding member theatre company, Chance Collective; working as a performer, maker and director across the company's various projects (including performing and choreographing their 2019 Anywhere Award winning production The Nest). Siobhan is also a performance company member for Zen Zen Zo Physical Theatre composing original music and performing for their 2019 performance of The Tempest, directed by Dr Lynne Bradley, and writing and performing for the company's new devised work The Unspeakable Dreams of Salvador Dali. Siobhan also creates cabaret and comedy works for various festivals and events including Woodford, Ruckus Fest, Junglelove, COTA and Short and Sweet. Her latest work 'JAZZERCISE with Lorinda and Channelle' is an 80s retro-sweat dance class,and will be performing a second season in 2020. Siobhan believes in the power of the arts and community narratives in facilitating social change. And her passion for narratives has manifested in creating ‘For The Record,’ a monthly storytelling event she cofacilitates.

Reading Between the Lines — Walk + Talk